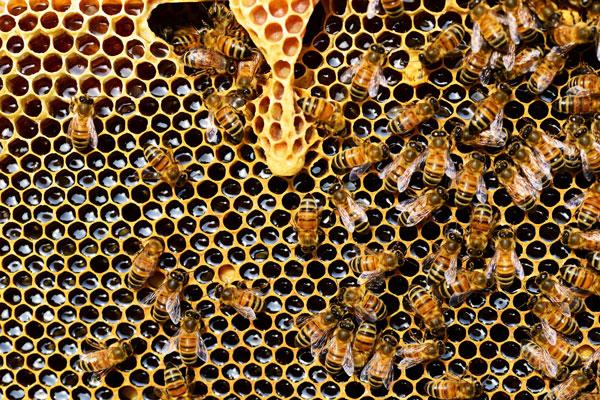 There are two principle foods that bees collect, nectar and pollen. The bees collect nectar to make an enzymatically-activated, partially fermented food called honey. And they collect pollen to make a lacto-fermented, enzymatically-activated food called bee bread. Yes, that's right, humans are not the only ones to purposefully ferment their foods. For bees, honey is their primary carbohydrate source and bee bread is their staple protein source. Indeed "bee pollen" is a little bit of a misnomer. Outside of the English language, many other languages simply refer to it as "pollen" or "flower pollen"; it is after all simply the collected pollen of flowers; the bees have not really done anything to it at this stage.

As a protein source bee pollen has great potential, but in its normal, raw form the pollen is neither sufficiently digestible or sufficiently nourishing for our bee friends. Pollen that has not properly fermented into bee bread is not digestible by honey bees. Part of the reason for this is that the pollen core is shrouded in a layer of cellulose, which neither bees nor humans can (generally speaking) open-up and digest very well. The other reason relates to many pollens having a protective, fairly indigestible coating of wax. As we are well aware, nature has her own defenses.

Check out what some of these individual pollen grains actually look-like at high magnification. The big one in the middle is pollen from the pumpkin flower, it even looks like it has some pretty strong defenses. 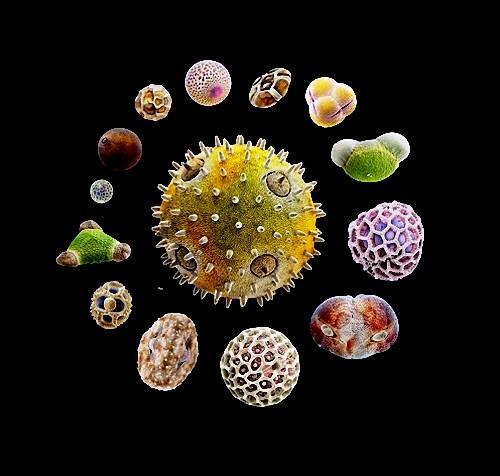 So what is bee bread, and how is it made?

Bee bread is an "alchemical" bee creation made with around 25% honey or nectar, 70% pollen, and bee saliva, which, alongside the honey/nectar, inoculates the pollen with a broad range of natural probiotic bacteria and yeasts, all necessary to kickstart the essential act of fermentation and predigestion. The in-hive bees tightly pack the pollen into the comb-cells and intermix it with the other mentioned ingredients. After a few weeks a great transformation has taken place. The bee bread has been made.

Below you can see a picture of the different coloured balls of pollen packed in the comb cells at the beginning of fermentation. As the fermentation process develops, the colours infuse and the pollen walls are broken down. Bee Bread is also known as Ambrosia (food of the Gods) or Perga and has been used and revered for millenia.

So how does Bee Pollen compare to Bee Bread? Probably the most important change concerns the protein. Not only has the protein quality improved - i.e. protein bioavailability is significantly enhanced, many proteins have been predigested into their constituent amino acids making absorption significantly easier. From the perspective of protein quality (digestibility), bee pollen simply can't touch bee bread.

Inside bee bread many vitamins have also increased in value and Vitamin K is actually present for the first time. Both antioxidant concentrations and enzyme levels are also significantly elevated. What is more, much of the potent nutrient reserves in "hibernation" within the pollen are now plentifully available, this is especially true of minerals such as zinc, magnesium and silica, which are often bound tightly within the cellulose portion of the pollen. 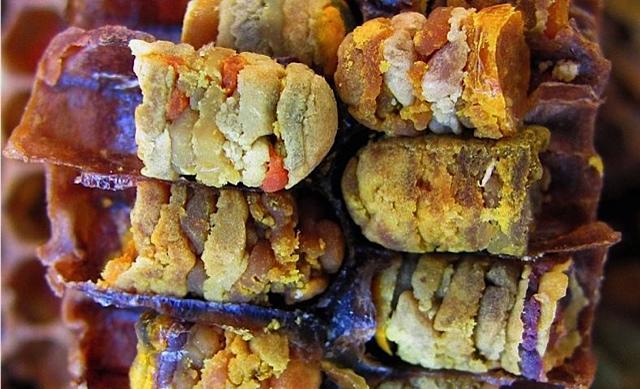 Thanks to the predigestion process, and the addition of honey, bee bread is a potent, energy-rich food. Even the lactic acid created by the probiotic bacteria is converted into glucose within our bodies. A further, and equally important advantage of bee bread is that it vastly prolongs the lifespan of the pollen. You see fresh pollen has an exceedingly short lifespan, and pollen will die very quickly if not properly stored (e.g. freezing). And yet, the bees have worked out how to prolong the pollen's lifespan for well over a year through the manufacturing of bee bread.

This is what the bee bread looks like when it is harvested, notice it has taken the shape of the comb-cells. For highest quality raw bee bread, at a great price, from the pure environs of Latvia, see here. 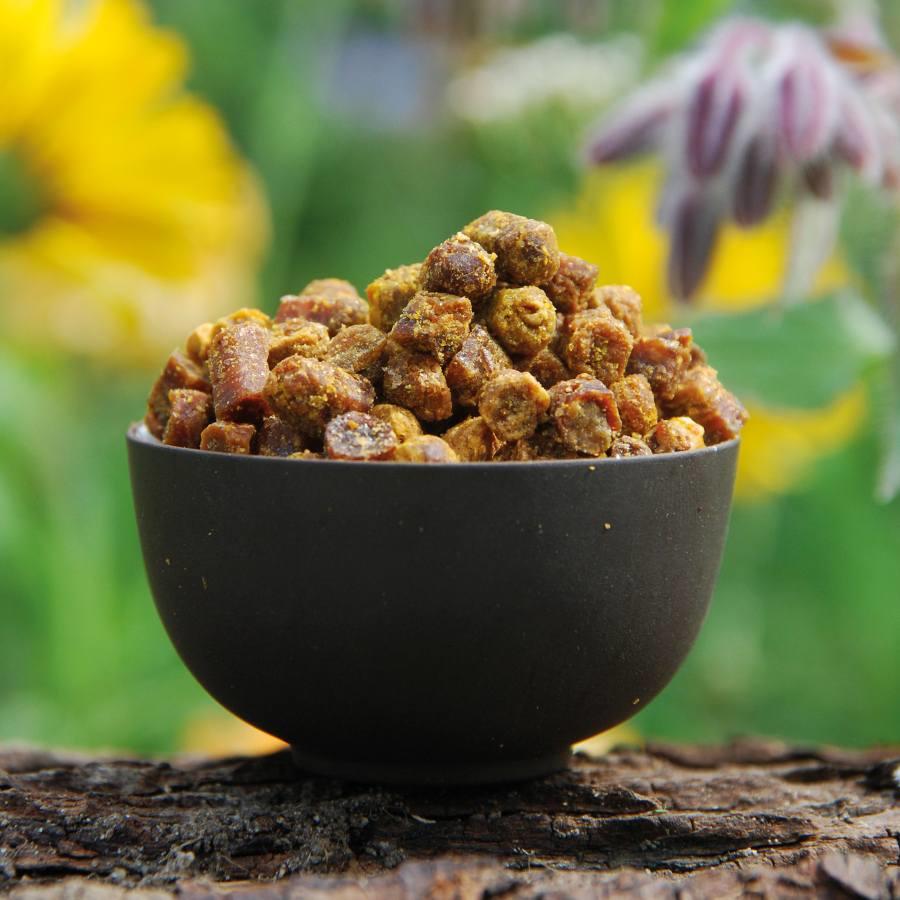