The Surprising Saviour of the Inuit and the High Arctic 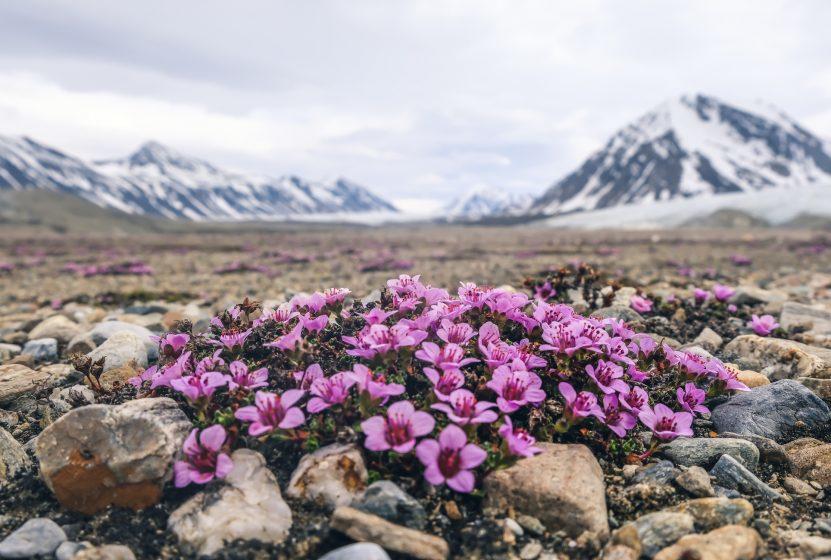 The Arctic is an astonishingly diverse place. A land of cold during the formidable Winters, yes, but a land of extremes, with a surprising strong heat and UV intensity, radiant 24 hour light and bursting fervent growth during the relatively short "active" season in the lower Arctic. The Arctic encompasses at least 6% of the planet's surface, which is about the same as the entire African continent. As one moves further up towards the High Arctic, from the dense Arctic Circle hugging Boreal Forests of North Western Canada, the treeline (which is actually gradually encroaching further north each year) is eventually reached. Here the climate is too cold and inhospitable for trees to grow properly, and slowly, but definitively, stunted trees make way to tundra and permafrost (ground that a little underneath the top inches of topsoil, never has enough time to melt). 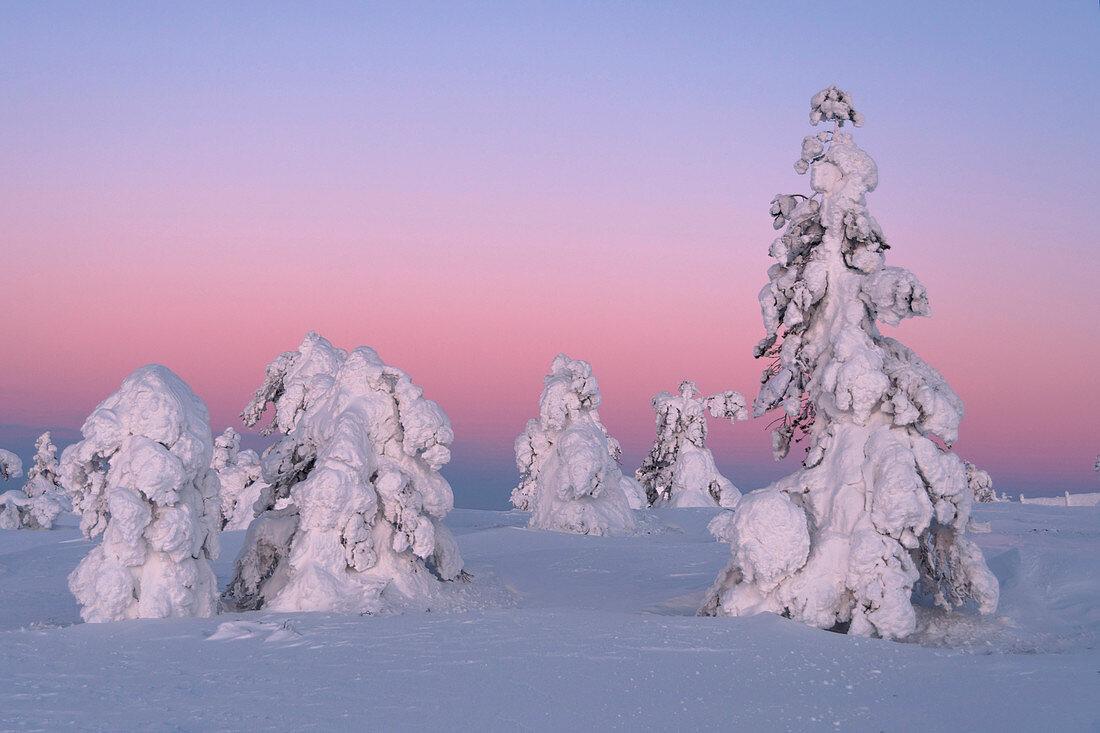 In the Summer, the tundra, though almost entirely treeless, still manages to provide a phytonutrient breadbasket for the diligent forager (in case you forgot this was a nutritional article), with a vibrant smattering of colourful edible berries and wild flowers blanketing the terrain, alongside grasses, mosses and lichens and other low level, ground-hugging plants, of varying edibility and “medicinality”. Common berries include bearberries, bunchberries, crowberries (pictured below), bog cranberries, cloudberries and blueberries, provide an important vitamin and antioxidant injection into the predominantly meat/seafood based diet of the Inuit and indigenous peoples of this territory. Polar bears enjoy them too. 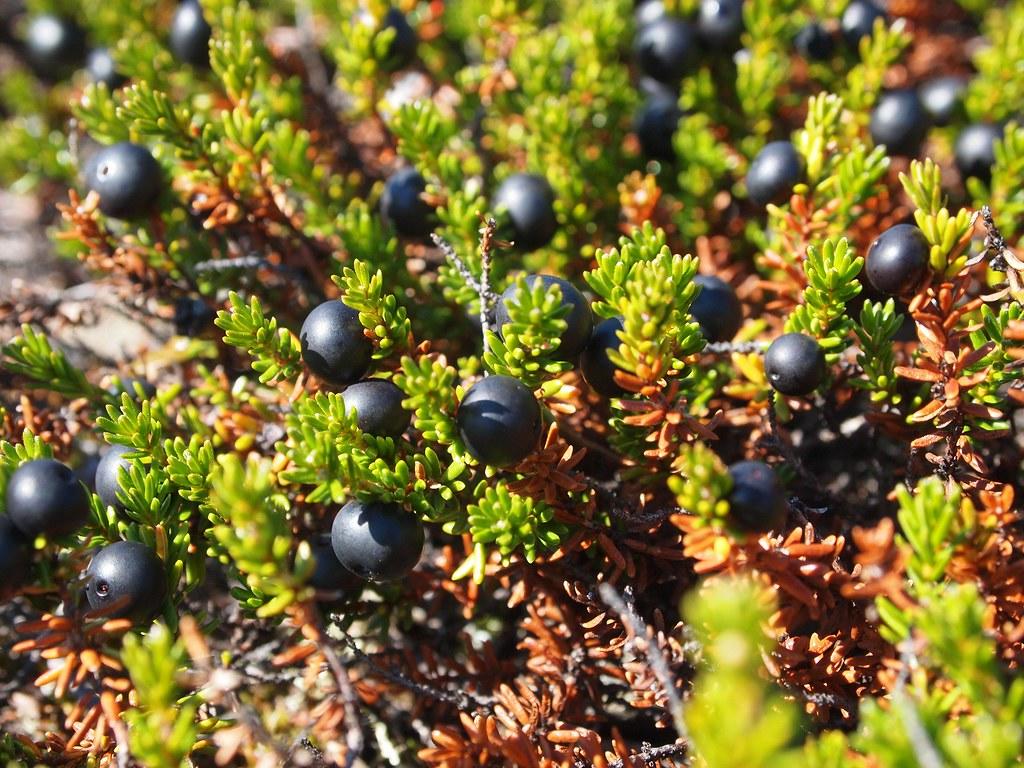 As our light-saturated journey through the tundra continues, where the skies seem to go on forever, we journey ever further North, into more barren yet somehow exalted landscapes. Here, in the harshest of Arctic environments, where even berries find it hard to grow, fruit and propagate, we come across some of the very hardiest species on earth, of mosses, liverworts, grasses, lichens and, beautiful, "delicate" ("but secretly not delicate") flowers. Of these flowers, there is one in particular that stands out above all others, both for its importance in traditional Inuit culture and for its sheer resilience and pioneering spirit: its ability to withstand some of the very coldest temperatures on Earth and make use of the most meagre of Arctic soils, in gravel and on barren rock and damp crevices. The flower in question is called Purple Saxifrage (Saxifraga oppositifolia). 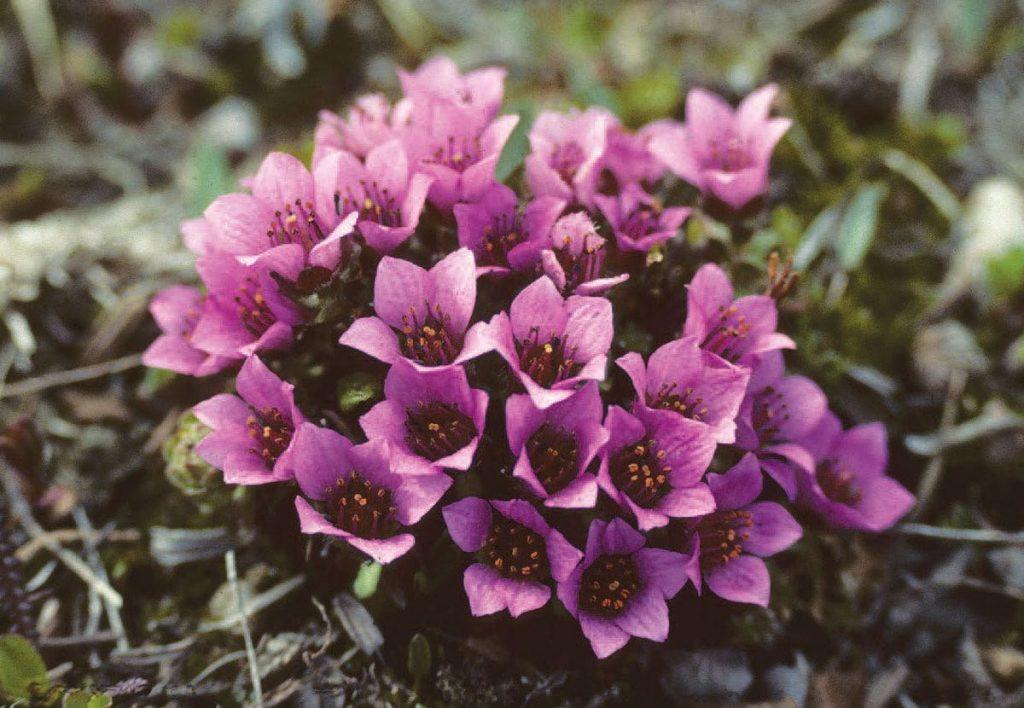 Pronounced sak-suh-frayj, the purple saxifrage is the Wim Hof of the flowering kingdom. In Europe, it holds the record as the highest elevation flowering plant, where it was recorded growing at the bitterly cold elevation of 4505m on the Dom in the Swiss Alps. Even more remarkably, it holds the record for the flowering plant with the most northerly distribution on the planet. In fact, it is found in the most northerly land latitude on Earth, a tiny utterly remote glacial moraine island called Kafeklubben Island, that sits at the very top of Greenland (and therefore the World). Located just over 83 degrees north and closer to the North Pole than any other stretch of land on Earth. It is so far north, the flower grows even beyond traditional Inuit ranges. Here, against all the odds, the purple saxifrage thrives and brings an inspiring explosion of vibrant colour to an otherwise grey and barren environment. Incredibly, one other flower also survives on the island: the yellow Arctic Poppy (Papaver radicatum). Together, they luxuriate in every golden moment of their 30 day-ish summer on the island. 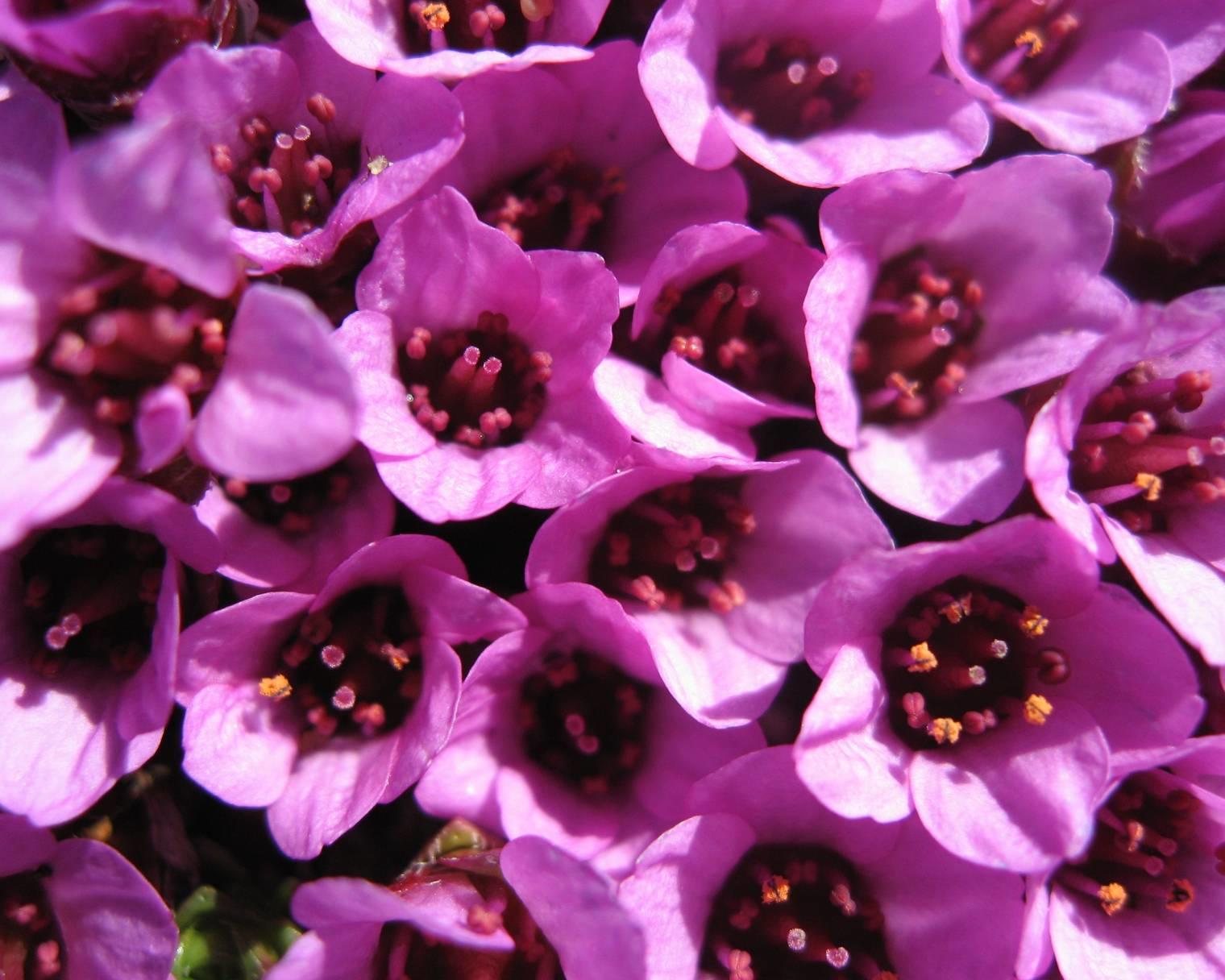 In the Canadian Arctic, as in Greenland, the purple saxifrage is typically the very first plant to burst through the melting snow and ice. Buds bloom extremely quickly, with individual flowers lasting about 12 days. Its startling sight is said to mark the beginning of Spring in Inuit culture. and with it comes the first blessing of fresh phytonutrients since late Autumn. Oh, did I mention the plant is absolutely edible? The pleasant-tasting tender purple petals are a good source of Vitamin C and are often eaten in large quantities when they appear. The petals, called aupilaktunnguat by the Innuit, are reportedly bitter at first but become sweet-tasting after a second or two. The flowers, leaves and stems are also harvested, dried and then consumed as a tea (hot water decoction) and drunk whenever, especially important through the long dark days of Winter as a supply of vitamins, trace minerals and antioxidants. It is said that the best-tasting tea comes from the late summer flowers that have naturally sun-dried on the plant. The sweet petals are also enjoyed mixed with seal blubber, presumably to make said blubber more appetising. 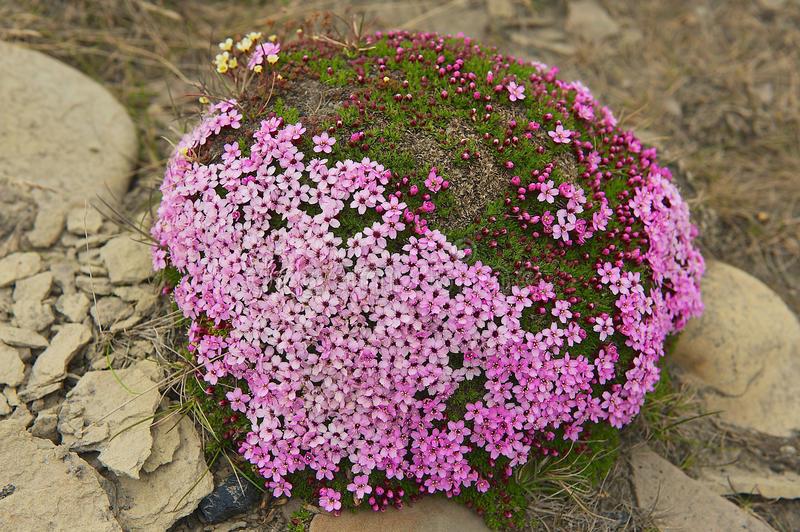 Even if wild berries are a feature of Inuit hunting and foraging ranges within the Arctic and High Arctic, they will not be around for some months. The flowers appear in "the nick of time". The incredible purple saxifrage has been utilised as a hugely important nutritional lifeline by the Inuit and traditional Arctic communities for thousands of years. With so little to harvest and eat, it is no wonder that these beautiful purple flowers have an almost transcendental quality ascribed to them. At the seeming brink of existence, in the very harshest and inhospitable conditions, and against all the odds, the purple saxifrage reminds us of another uplifting fact: "life always finds a way". Maybe we will too. 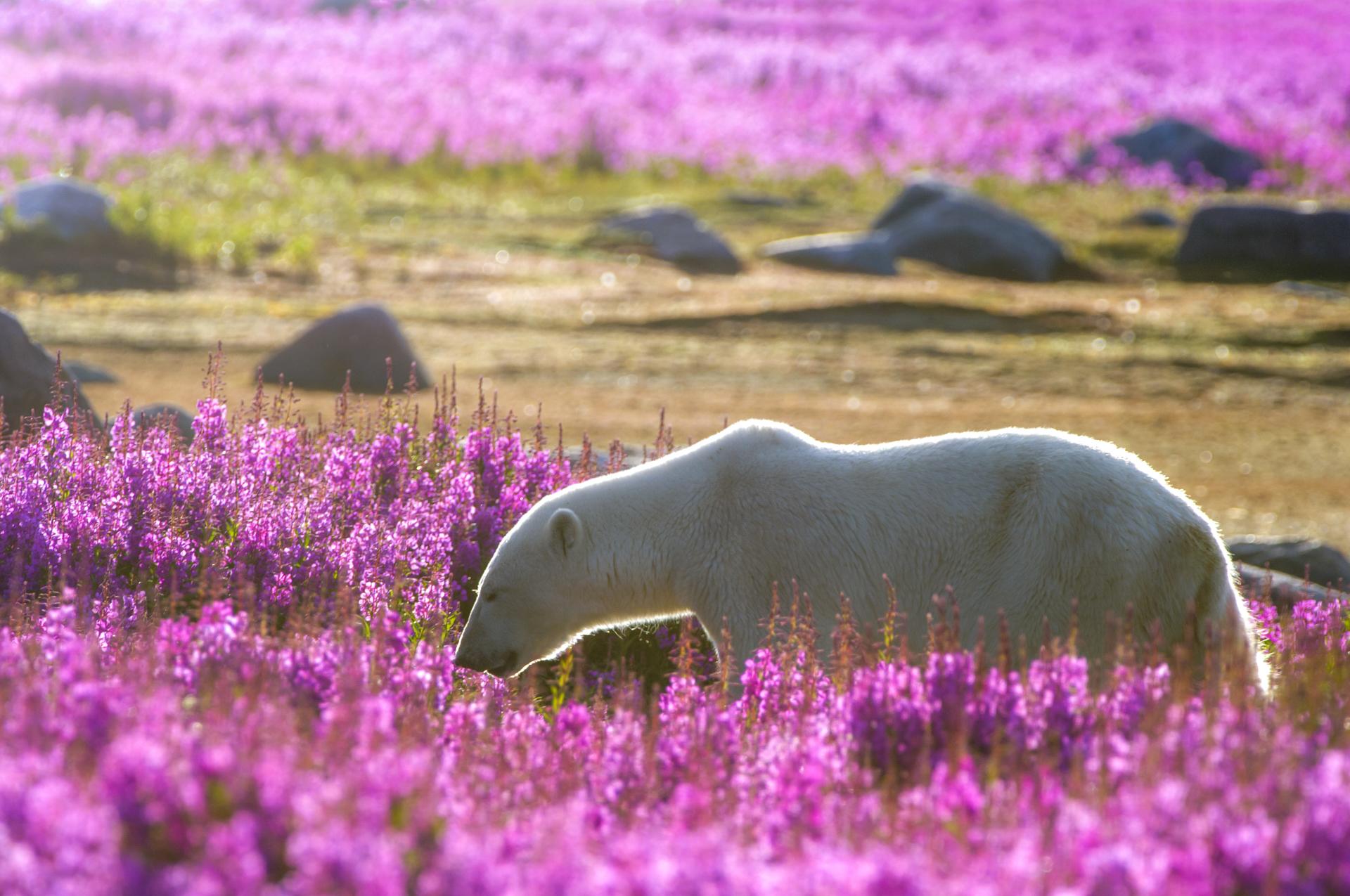