From Brains to Hearts: Meet The Mysterious Walnut Family 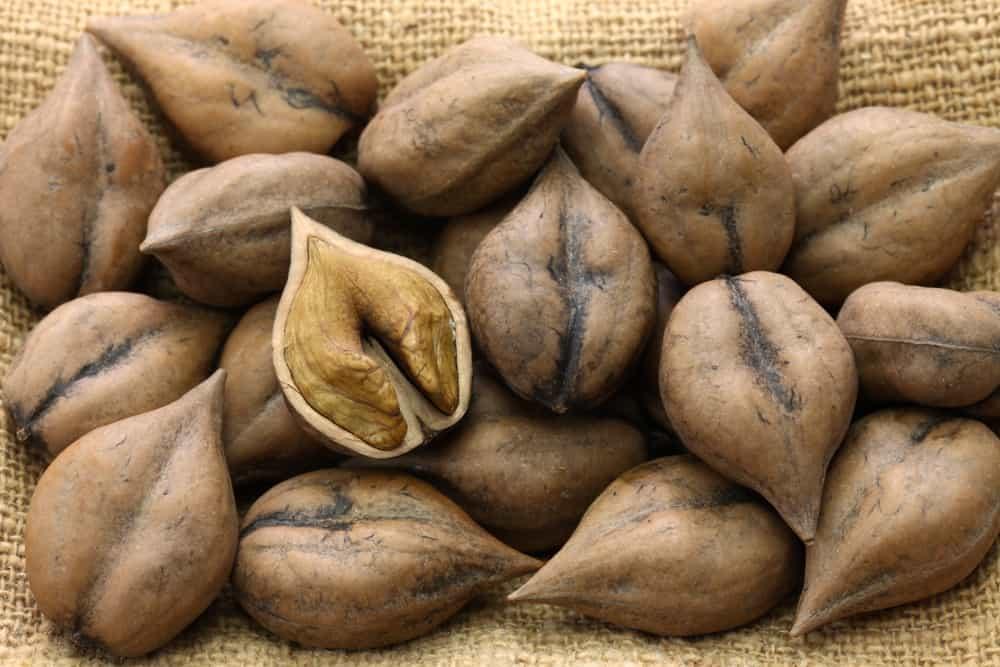 Few foods offer up such an intriguing form as the common walnut. The common walnut (Juglans regia), often misleadingly called English walnut is a walnut family member originating from Persia and Eurasia. This famed food of antiquity is remarkably brain-like in appearance, posited, by nutritionists the world over, to be excellent brain tucker. But what about the other members of this family? What are they and what do they look like? Join me, Kyle Vialli, as I explore these exact questions, starting with the most well known family members, and continuing onwards into the increasingly rare and esoteric. 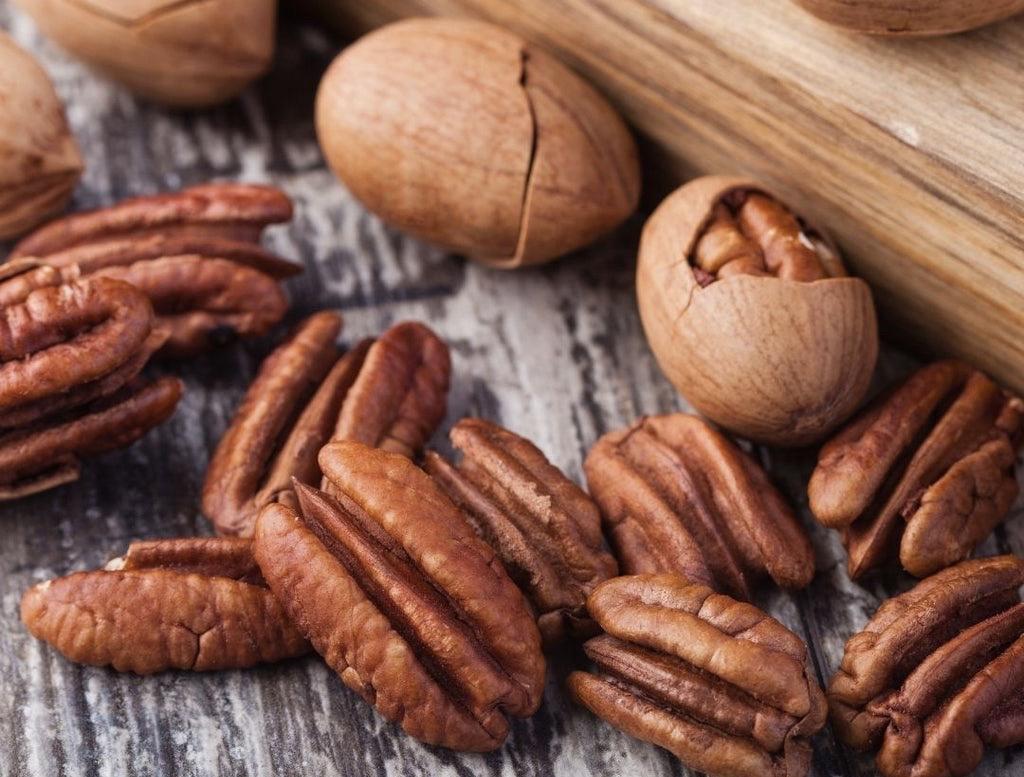 Pecans are probably the most famous native nut of the North American continent. They are a member of the sub-family (genus) known as Hickory (of which there are numerous other delicious wild North American hickory nuts, including one later in this article). Pecans are a very high fat nut at 72% fat approx, comprised mostly of monounsaturated lipids. Interestingly, Pecans, and most likely the little studied other Hickory members, are ranked one of the very highest nuts in antioxidants. They are also relatively rich in both the alpha and gamma tocopherol forms of vitamin E. Like other members of the family, the uncracked nuts keep very well, typically the whole nuts (in their shells), can be harvested successfully from the ground months after they have dropped, making them a good potential Winter food. In America Pecans are especially associated with pecan pie, but they are also good, all by themselves, or in savoury settings. 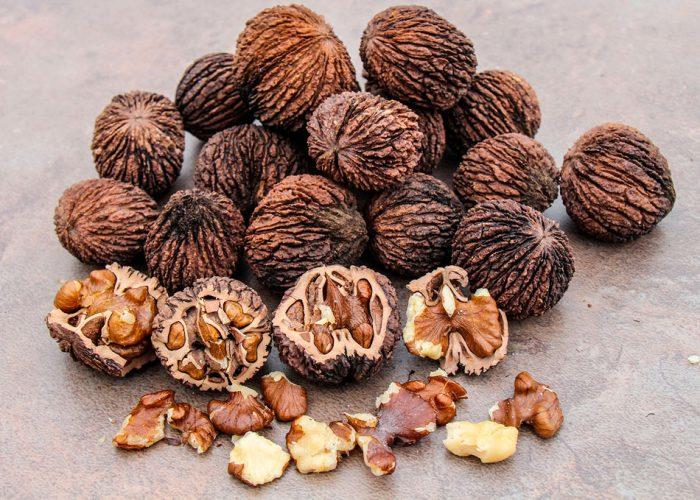 Whereas the common walnut (the one that we all know) originates from the Middle East, the Black Walnut is the walnut of the Americas, and has been consumed by indigenous peoples of the continent for thousands of years. A mixture of predominantly wild, with also a smattering of cultivated specimens, cross a range from Southern parts of Canada right down to Texas, Georgia and northern parts of Florida. The famous herbal medicine, ‘black walnut hull’ comes from the tannin rich green hull that protectively envelops Black Walnut’s famously tough shell (and inside, of course, its nut). Black walnut trees also provide an excellent hard wood, and, as if that wasn’t enough, can be tapped (just like maple trees) for their sap, which can be drunk as is (a delectable, mildly sweet water) or boiled down further to make black walnut syrup. The black walnut itself, looking decidedly more "winged", than a brain, can easily conjure up two lungs connected together. Taste-wise, they have a more interesting flavour profile than the commercial “English” walnuts, earthy, bittersweet, rich, truffle-like and full bodied. The black walnut, also has significantly more protein than the conventional walnut, over 50% more in fact. At 24% protein (or 24g per 100g of nut) it is one of the highest sources of protein of any nut). Its vitamin E content is at least twice as high too. Omega 3 content, is in general a bit lower, as is the total fat content, compared to the common walnut. Due to the extremely hard shell, a specialist nut cracker is required to open this nut, and there are a few companies making and selling black walnut crackers. Getting your black walnut in a single, unbroken piece is no easy task, but is possible with patience and dedication. 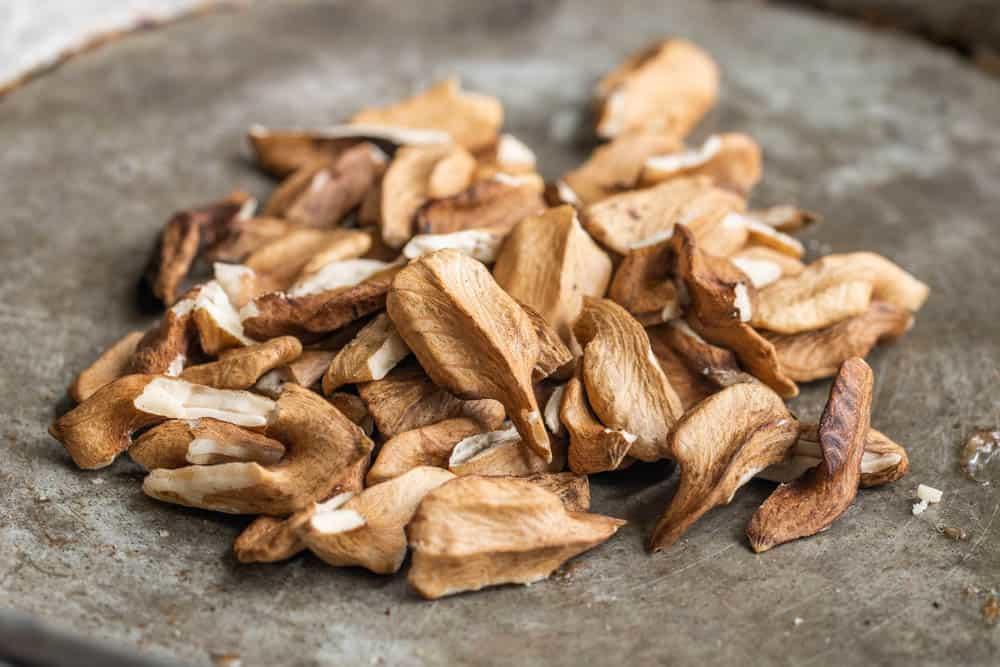 A delicious native of North America. Of all the walnut family members, butternut is considered to be one of the most winter-hardy, able to withstand temps as cold as -40°C. Butternut has a long history of usefulness. Native Americans extracted a creamy oil from the crushed nuts by boiling them in water, made syrup from the sap (in fact the whole family can be tapped in this maple-esque manner) and threw butternut bark (which contains toxins) into small streams to stun and capture fish. The sweet, oily, edible nuts are very rich, typically lacking any of the bitterness of the common walnut varieties, and some people liken them to pine nuts because of their creamy nut meat and mild flavour. As a result, they are often considered to be one of the very tastiest nuts in the entire walnut family, quite an accolade. Unfortunately, butternut trees are prone to the disease canker (originated from Asian walnut family trees, harmless to their native hosts, but not so for the "unprotected" American butternut) and many trees have been decimated by the disease across its Northern Eastern and Central USA growing range. 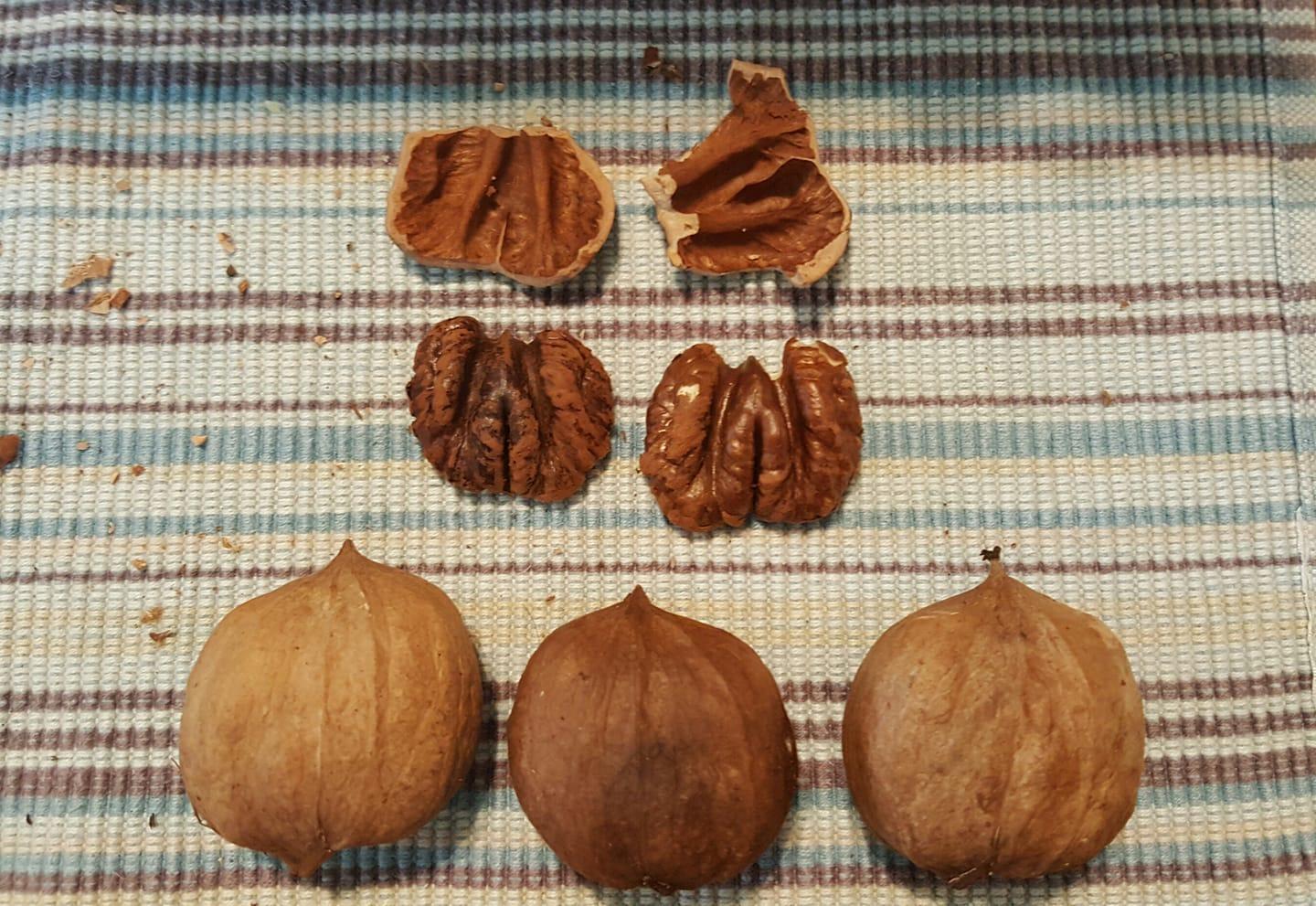 A close relative of the more famous hickory, pecan, Shellbark hickory produces the largest of all hickory nuts, hence its other common name “king nut.” Ripe fruit specimens (i.e. in their hulls) can grow as large as tennis balls. They typically have a larger nut meat volume than the other 10 or so wild hickories native to the North American continent, though, word of warning, they have an infamously thick shell. Avid harvesters of shellback hickory nuts typically have a black walnut style nut cracker (or a hammer) to get inside the delectable treat within. The nutmeat is commonly described as a combination of a pecan and a walnut with a buttery sweet maple taste. This said, outside of foragers, relatively few people have tried them as they are only very rarely seen in farmers markets and seldom carried by specialist purveyors. 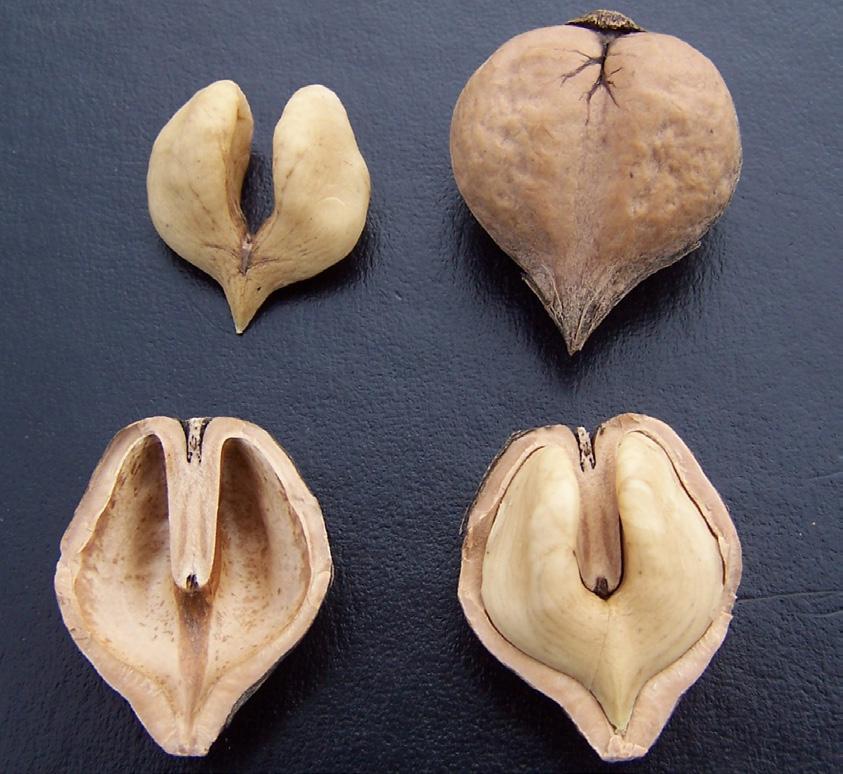 (Also pictured at the top of this article).

The rare, captivating heartnut, also known simply as Japanese Walnut, is said to be one of the very "cleanest" of all walnut family nuts to open. Despite having a relatively thick shell, it has a naturally perforated groove running around the perimeter of its protective housing, allowing the two shell halves to split open without too much trouble, and for the creamy nutmeat inside to come out effortlessly, and unbroken. Often the shells are kept for obvious ornamental reasons or for use in arts and crafts. While most people are unaware that the nut even exists, mostly due to its nearly complete absence from commercial arenas, the heartnut (and its many cultivars) has been quietly gaining popularity in horticultural circles, amongst tree collectors, permaculturists, specialist farmers and food forest growers. If you are ever lucky enough to track them down, the meat of the Heartnut has a smooth, soft, slightly oily texture and offers a mild and sweet walnut flavour, without the bitterness found in common walnuts. From brains to hearts, such is the diversity of this amazing family.