This Fruit Purges Fluoride from the Body 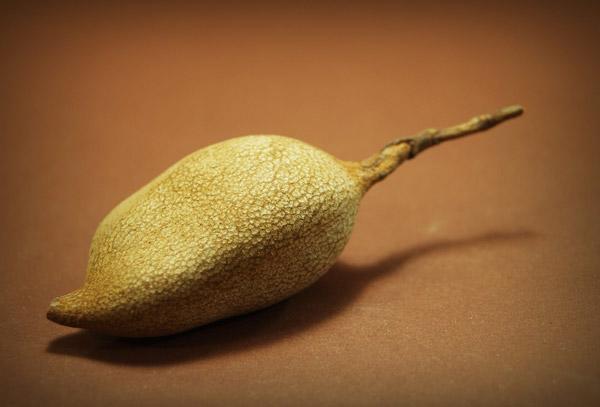 Nowadays, more and more people are waking up to the deleterious effects of fluoride. Whereas much industrial and governmental commentation only focuses on the dental effect of fluoride (with dental/skeletal fluorosis being labeled the primary concern from having too much fluoride), numerous scientists and researchers have highlighted the problematic systemic/biological effects of fluoride ingestion. According to research scientist Michael Czajka at RMIT university in Melbourne (in his paper ‘The Systemic Effects of Fluoridation’): “most studies have concentrated on the teeth and fewer studies on rest of the body. The organs mostly affected by fluoride include the brain, thyroid, parathyroid and adrenal glands, and the pineal gland”. 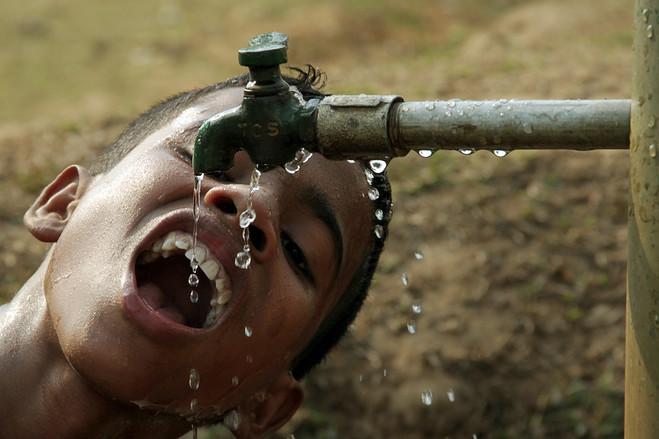 Michael continues, “the pineal gland is the second most perfused organ in the body (after the kidneys) and studies show it contains fluoride levels ranging from 9,000 – 21,000 ppm. The lower level approaches that of skeletal fluorosis and the upper level exceeds that of severe skeletal fluorosis. Rat studies show that fluoride accumulates in the brain and is associated with both hyperactivity (when exposed before birth) and hypoactivity (when exposed after birth).” Furthermore, Mexican scientists Valdez-Jiménez et al, state: “several clinical and experimental studies have reported that fluoride induces changes in cerebral morphology and biochemistry that affect the neurological development of individuals as well as cognitive processes, such as learning and memory. Fluoride can be toxic by ingesting one part per million (ppm), and the effects they are not immediate, as they can take 20 years or more to become evident”. These scientists collectively advise the avoidance of fluoridated toothpaste (the most widespread source, alongside the consumption of fluoridated water), especially in the more susceptible young. 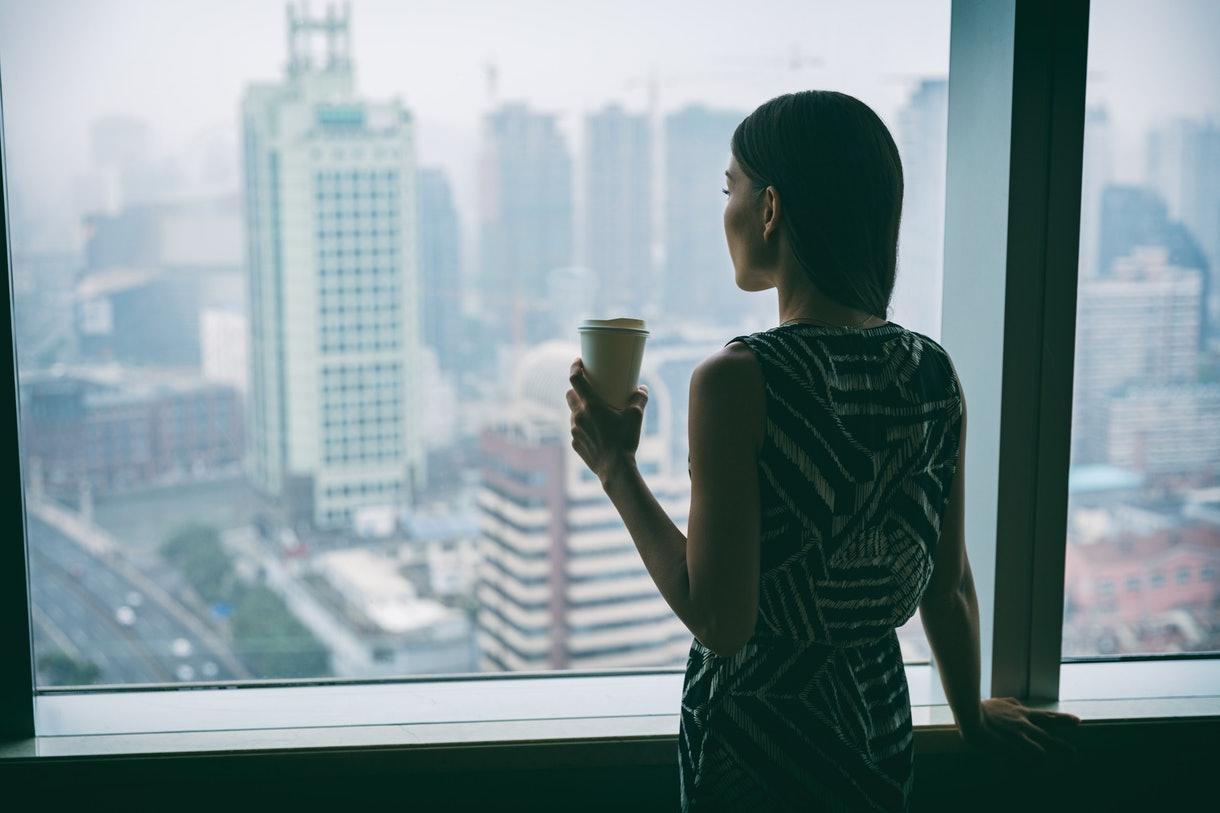 Thankfully, for those of us who have been consciously or unconsciously imbibing fluoride (typically in the form of sodium fluoride) in tap water and toothpaste, nature has an incredible remedy up her sleeve that actually purges this toxic fluoride from the body. The remedy is a relatively common tarte/semi-sweet fruit known as Tamarind (Tamarindus indica). In the Indian sub-continent, the fruit is a ubiquitous culinary and medicinal (Ayurvedic) herb, steeped in centuries of tradition. While many state that Tamarind is a native to the African continent – which was taken and cultivated all across the tropics, others suggest that Tamarind has been used and cultivated for so long in India, it may very well have originated there. Regardless of its ancestral provenance, the crucial point is that Tamarind has very unique abilities to dissolve and excrete fluoride build-ups throughout the body, so it can be safely peed away. In the European Jounal of Clinical Nutrition Khandare et al, in an an article entitled: ‘Effect of tamarind ingestion on fluoride excretion in humans’, where 18 boys who were given tamarind to eat for just 18 days, summarise that “Tamarind intake led to significant increase in the excretion of fluoride in 24h urine, as compared to excretion on control diet”. 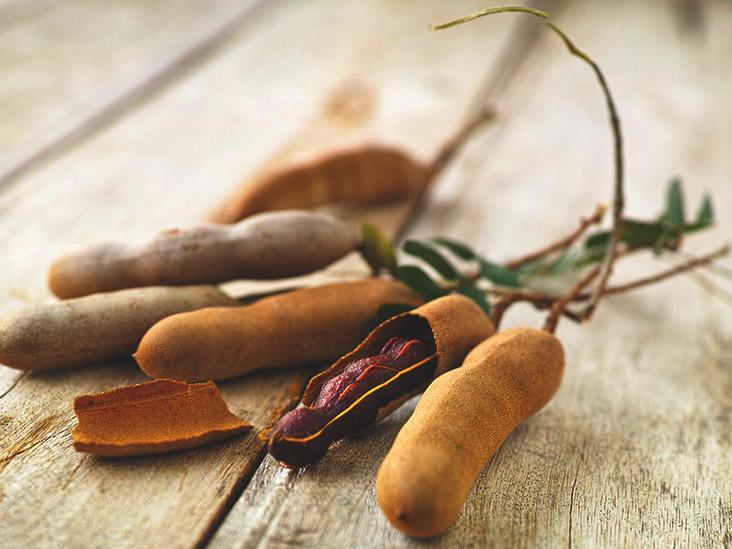 In a 2017 rat study, Validandi et al state, “in addition to causing dental and skeletal fluorosis, exposure to high levels of the fluoride ion (F) can alter glucose homeostasis and lead to insulin resistance (IR). Tamarind can act as an antidiabetic agent and the present study was planned to investigate (i) the effect of F on IR and (ii) the protective effect of tamarind (Tamarindus indica) fruit extract (TFE) supplementation on Fluoride-induced glucose intolerance and IR. To cut a long story short, they concluded that Tamarind reduced glucose intolerance and insulin resistance induced by the Fluoride treatment in rats, by excreted out excess fluoride. It is also interesting to note that tamarind is a famous anti-diabetic herb in the Ayurvedic tradition. In 2011 another rat study in the Research in Veterinary Science journal showed that “tamarind fruit pulp extract can reduce fluoride concentration in blood and bone and enhance urinary excretion, indicating the ameliorative potential of fruits of tamarind in fluoride toxicity”. 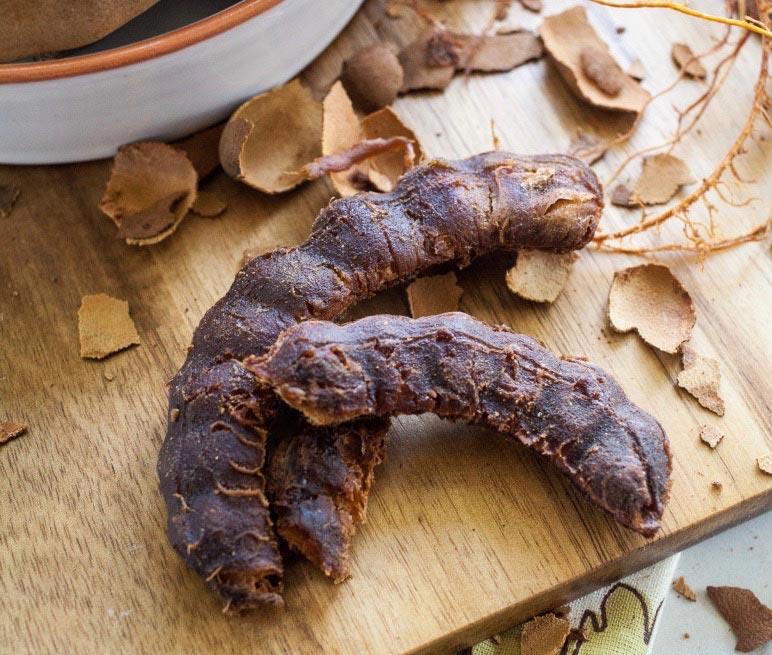 How can you get the benefits of tamarind?

If you have access to fresh tamarind, you can simply eat the fruit as it is. Simply crack open the pod, pull away the strings that hold the flesh in place. Break off a piece of the pulp with your fingers and eat around the seeds. Just two pods a day is enough to get all of the wonderful fluoride-excreting benefits. While fresh tamarind can be commonly found in many ethnic stores, it is more commonly found dried (or semi-dry), just like dates. Tamarind can also be bought in dried slices, blocks, concentrates, powders or pastes, organic forms being widely available. The dried fruit pods can also be cracked open and boiled into a tea/infusion. To confirm the quality of dried tamarind, the inner pulp should be dark brown (as per the picture shown above, and the fruit should not smell bitter. Finally, a quick word if you are taking blood-thinning medication as tamarind can do that all by itself.